What strange and exciting times we are living in. Perhaps you saw the headlines earlier this month, about an Indonesian student who became an accidental millionaire after converting five years’ worth of selfies to non-fungible tokens (NFTs). The 22-year-old, Sultan Gustaf Al Ghozali, said selling the selfies as NFTs was a joke, and has expressed confusion over why anyone would want to buy his selfies. Nevertheless, hundreds of people did, and soon his collection reached a trade volume equivalent to more than US $1 million.

While this tale is one of fluke – yet another curious case of the internet behaving inexplicably and in a manner that is impossible to predict –  Sultan Gustaf Al Ghozali possessed the fundamental digital literacy to casually upload his stash of selfies as NFTs, simply to entertain himself. “Uploading my photo into NFT lol,” he wrote on Twitter on 10 January, as he listed them on trading platform OpenSea. Kids today, hey?

I am curious to know whether you, when hearing about such events, are moved to reflect on whether South African citizens and SMME have the internet speed and bandwidth to apply their 4IR innovative ideas practically. Are SA’s children able to play in the digital marketplace with the skill and agility of their peers elsewhere in the world? More broadly, to what extent are South Africans equipped to meaningfully embrace the digital dawn? This has been on our government’s radar for the last 16 years. The publication of the National Digital and Future Skills Strategy in August 2020 was an encouraging development, with the Strategy setting out 8 strategic priorities intended to weave together basic and advanced digital skills across the economy, society and government.

It was music to my – and doubtless many others’ – ears to note that the Strategy recognizes that in addition to the range of new job opportunities created through the advancement of the digital world, the world itself is now digital; and in order for South Africa to reap the benefits of this rich-with-possibility landscape, digital skills, data accessibility and infrastructure are critical.

But there’s just one massive problem – infrastructure roll-out has been delayed for 16 years, and infrastructure is a critical enabler of skill take-up and economic recovery!

Implementation of the Strategy is being collared by the inordinate delays to opening South Africa’s spectrum to a fair and equitable auction and marketplace. I am sure you are aware of the findings of Stats SA’s latest Quarterly Labour Force Survey, and may have been shocked to note that 19% of semi-skilled jobs that existed prior to the lockdown have disappeared. Meanwhile in the US, unemployment has fallen to 3.9%, in a scenario that is being called Maximum Employment.

With the hundreds of thousands of jobs that have been lost as lockdown casualties, it is high time to open the door to the endless possibilities that exist in the digital space. The SMME sector in particular could flourish with opportunities for inclusive economic growth. The possibilities are vast and far ranging, from digital ethics and digital risk management, to machine learning scientists, AI developers, UI/UX designers, big data manipulators and specialists, cyber security and forensics experts, cloud computing solutions architects, simulation engineers, cryptocrimes investigators, and gaming tutors to name just a few. With South Africans’ innate knack for innovation, who knows what developmental breakthroughs could be achieved?

This is why it is absolutely vital that the obstacles standing in the way of our advancement are removed – as a matter of urgency. I am appealing to Telcos, regulators and government to take every constitutionally sound step possible to ensure that the spectrum is opened as a matter of urgency. Spectrum with its resulting socio-economic advancement benefits must be unlocked and become an immediate reality. With the upcoming State of the Nation Address, we hope to hear commitment and concrete action on how the Strategy is being rolled out in schools, society, and our economy. This will hopefully be bolstered by fiscal commitments in the budget address a few weeks later to intentionally invest in our country’s digital future.

In case this is coming across unhealthily fixated on careers and cold, hard economic growth, allow me to clarify that it is about so, so much more than that. It is about removing the heavy foot of monopoly from the neck of our collective hope, and dreams of a different life. It is about allowing South Africans to be competitive and expert participants in the global digital economy, both as individuals and as businesses, especially SMMEs. Where our children have the confidence and skills to build their own household name in global social networking.

South Africa cannot continue to be a spectator to the 4th industrial revolution, watching from the sidelines as other economies grow and workforces evolve. We are ready – more than ready. For SMMEs, and the jobs that they support, the availing of the much-needed spectrum is already almost two decades too late. Many SA businesses cannot afford to survive a moment longer.

Dimakatso Matshoga is the chief operations officer of SAtion, a partnership between the government and business enablers with the aim of digitalising South Africa for inclusive economic growth.

Close the digital divide by making the most of 4IR opportunities 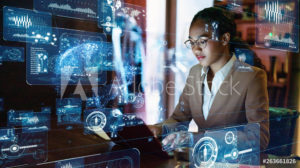 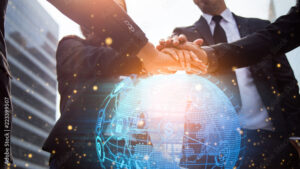