BUSA ​​is a non-profit company representing commercial interests organized transversally in SA. The organization was formed in October 2003 and began operating in January 2004, creating the first representative and unified organization for business in South Africa.

In this way, the initiative will ensure that public policy makers and private sector entities work together for rapid and sustainable economic growth in the context of the 21st century, rather than working against each other.

The initiative comes as the South African government touts the use of 4IR technologies to boost the country’s economic fortunes.

Minister of Communications Stella Ndabeni-Abrahams recently forbidden innovation and the 4IR to pull South Africa out of its economic slump and unemployment.

This after data from Stats SA on the latest unemployment figures show the country’s official unemployment rate at 32.6%.

The rate among young people (15-34 years) is 46.3%, which, according to Stats SA, implies that nearly one in two young workers did not have a job in the first quarter of 2021.

In addition, the Organization for Economic Co-operation and Development’s assessment of South Africa’s economic outlook shows that the country’s economy is not expected to return to pre-pandemic levels until 2025.

As Minister of Communications and Digital Technologies, Ndabeni-Abrahams put forward the idea of ​​building an “army capable of 4IR” which will be able to seize the economic opportunities brought about by the 4IRs and the digital society.

As a result, his ministry has set a goal of training one million unemployed young people in data science and related skills, so they can take on the jobs of tomorrow.

According to BUSA and IQbusiness, the growth envisioned by SAtion is made possible by technology, including artificial intelligence, data science, cybersecurity solutions, rapid payment systems, state-to-citizen online interfaces and infrastructure. advanced hardware.

They note that the implementation of these efficiency improvement tools will be underpinned by upgrading initiatives in formal education and will include helping small businesses and entrepreneurs to take advantage of new technologies.

Organizations believe that this approach to coordinated and large-scale digital growth is not only the best way to accelerate the growth that SA desperately needs, but also to ensure that this growth is inclusive and sustainable in the future. in a rapidly changing – and increasingly unequal – world. – world.

“The transition to a digital economy is an essential element of the economic recovery strategy document developed by BUSA via the B4SA platform. We see SAtion as the instrument and tool that marks the beginning of this journey. SAtion will allow us to ensure that a digital economy contributes to inclusive growth and the development of our employees, ”said Cas Coovadia, CEO of BUSA.

B4SA is an alliance of South African volunteers working with the South African government and other social partners, as well as with various stakeholders to mobilize the resources and capacities of businesses to fight the COVID-19 pandemic.

“Our vision for South Africa to become a digital nation stems from knowing and realizing the benefits that come with digital transformation. While times may seem difficult now for our country and our citizens, there is an LED at the end of the tunnel, ”said Adam Craker, CEO of IQbusiness.

“SAtion will help ensure that 4IR pragmatically supports black industrialists and entrepreneurs. In this way, it will enable economic transformation by bridging the current digital divide. “

BUSA ​​and IQbusiness stress that at this time when South Africans are deeply concerned about whether things will get better or whether the country will be left behind in the process of global recovery, the need to transform South Africa into a prosperous and fully-fledged country The digital nation in its own right is pressing.

“BUSA and IQbusiness remain committed to responding to this call and are confident that the SAtion initiative will play a crucial role in creating a prosperous and digital economy in South Africa,” they conclude. 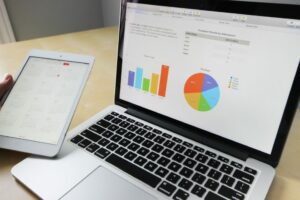 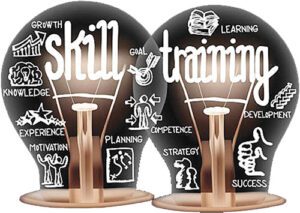